Fr Joseph O’Hanlon, a priest of the Nottingham Diocese, writes about Stephen Langton, the Magna Carta and the influence on our Gospel reading. 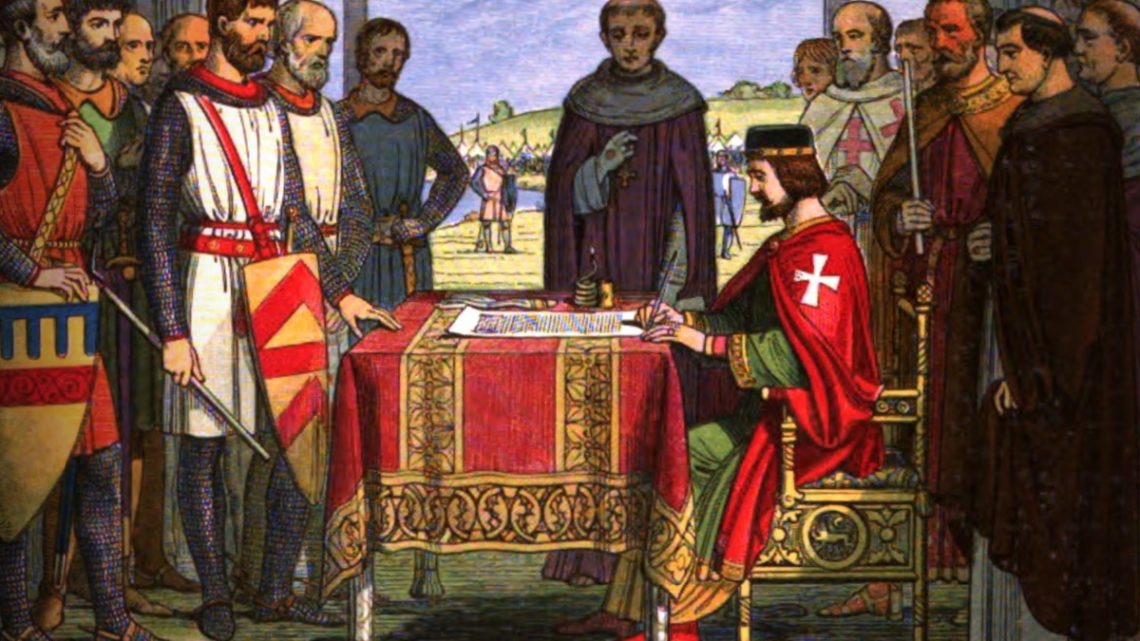 Every Bible reader owes a lot to Stephen Langton, even if you never heard of him. He was archbishop of Canterbury (1207 -1228) in the days of bad King John. He was a Lincolnshire lad, born in 1150) and he was the man who wrote the Magna Carta, the great charter of our political freedoms. He sided with the barons against the pope who was on the side of King John.

Pope Innocent III, who died in 1216, was one of the most important and most powerful popes ever. He was the first pope to have a university degree (in law) and the youngest pope ever. He became pope when he was just 37. His very best friend was Stephen Langton when they were both students at the University of Paris. Pope Innocent made him a cardinal and he became Archbishop of Canterbury. But they fell out over the freedom and rights of individuals over against the power of kings and popes.

Stephen is a great friend of everyone in the whole world who reads the Bible. For when he was a professor at the university he wrote a whole Bible, called these days THE PARIS BIBLE. What has made this Bible so famous is that Stephen invented dividing the Bible into chapters.

There’s a story in Matthew’s Gospel about Jesus and his followers walking alongside a field of grain and they were hungry. So some of them began to pluck ears of grain and eat them. Some people we know as Pharisees saw this and complained to Jesus because it was the Sabbath Day. They regarded plucking the ears as work and they were not allowed to work on the holy day. Jesus objected and reminded them of a story about King David. This is what he said:

Have you not read what David did, when he was
hungry and those who were with him: how he entered
the house of God and ate the bread of the Presence
which it was not lawful for him, to eat nor for those who
were with him, but only for the priests?

Now, of course, if the Pharisees had asked me, I would have said, “Look, you guys, just go and look up the First Book of Samuel, chapter 21”. But Jesus had no option. There were no chapters in any Bible in the whole world until Stepher Langton wrote his Bible and divided it into the chapters that have lasted to this very day in every Bible. Of course, printing wasn’t invented and he wrote the whole Bible by hand, marking out each chapter.

We have to be grateful to a Frenchman, Robert Estienne (1503-1559), a printer, who divided each chapter into verses, beginning with an edition of the New Testament. So the work of Stephen and Robert enable me to give a fully accurate reference to what King David did. All I have to say is, “Look up the First Book of Samuel, chapter 21, verses 1 to 6”. Or, briefly, “Check out 1 Samuel 21:1-6”. Jesus couldn’t do that!

Fr Joseph O’Hanlon is a retired priest of the Nottingham Diocese and former Director of the International Franciscan Study Centre in Canterbury. His books include The Jesus Who Was, The Jesus Who Is, The Dance of the Merrymaker, Mark My Word, Beginning the Bible and Walk One Hour. Fr Joseph has a lifetime of experience teaching the Bible and a passion for communicating scholarship to adult Christians. 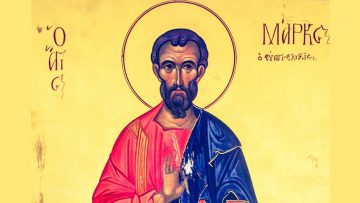 Mark's short but gripping account of the life, death and resurrection of Jesus Christ represents the heart of the Christian story and the truth of our faith. 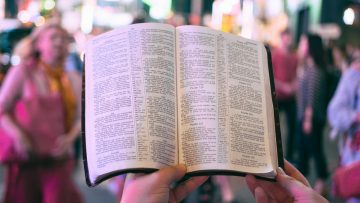 How to Read the Bible

We've put together 10 key points to help you enjoy Scripture. 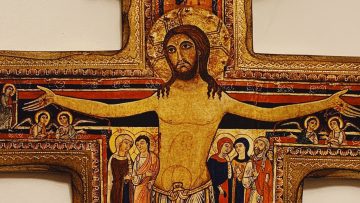 The gospel of St Matthew presents the whole life of Jesus from childhood to the cross and beyond. 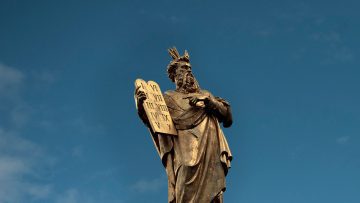 Listening to the God who Speaks

So what is the most important commandment in the Bible? Of course you know the answer....

Fr Joseph O’Hanlon tells us a story from the Book of Genesis.

What is the Bible?