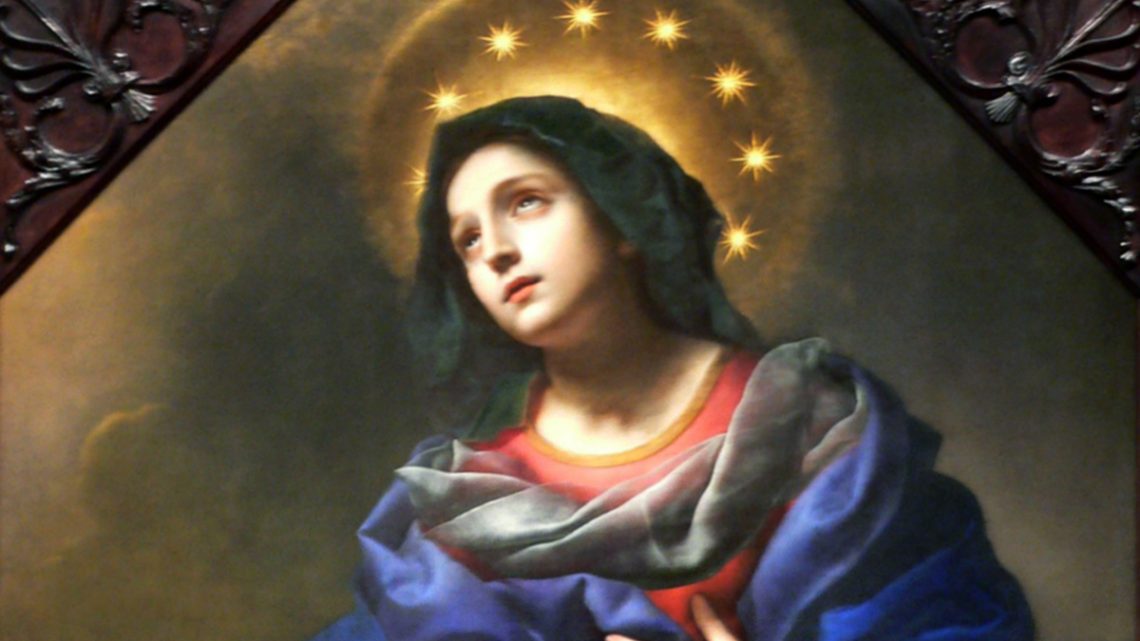 Throughout the Christian centuries, the Apocalypse – the “Book of the Revelation of Jesus Christ to John” – has been a happy hunting ground for heretics and others who wish to gain biblical backing for their predictions for the future.

It is perhaps for this reason that the Catholic Church “protects” its Mass goers by severely limiting the number of times it uses the Apocalypse in its lectionary.  Safe, exhortative sections of the “Letters to the Seven Churches”, the vision of the Lamb Who Was Slain, and the All Saints day reading of the holy host gathered before the throne of God.

Even in this season of Advent, when one might have thought the readings about the “last things”, the second coming of Christ and the new heaven and new earth would be particularly relevant, there is an absence of the Apocalypse.

But there is one other passage that has regular – (or at least annual) – exposure.  The vision of the Woman in Revelation chapter 12 takes its place in the readings for the feast of the Assumption of the Blessed Virgin Mary in August.

Thus any modern Catholic, hearing of the woman standing on the moon, and clothed with the sun, would immediately think of Mary.  This would be a surprise to some of the teachers of the past – for example, the Venerable Bede and St Thomas Aquinas – for whom the Woman very clearly signifies the Church.  Protestant interpreters of the Apocalypse, who would shy away from advanced views of either Mary or the Church, see the Woman as depicting Israel.

Like so many of the images in the Book of Revelation, the appearance of the Woman might have several layers of meaning.

First, this is St John who is having this vision, and we should recall how Our Lord refers to his mother in St John’s gospel. He calls her “woman” at the wedding at Cana – “woman, why are you bothering me about the wine list?”  Then he speaks from the cross – “woman, behold your son” – as he hands her over to the care of St John.

Second, in that word, that pregnant word, “woman”,  St John indicates that we are to view Our Lady as the New Eve, the one who symbolises and sums up in herself both Israel and the Church. Since Mary is not only the Mother and icon of the Church, but also the daughter and fruition of God’s people Israel, the modern Catholic interpretation includes both of the others.

Chapter 12 sits roughly in the middle of the Apocalypse, among the woes and calamities, the broken seals and trumpet blasts that the book contains.  Chapter divisions were quite a late addition to the biblical text, and many feel that the last verse of chapter 11 is worth including to give the context.  And so we read:

Then the temple of God in heaven opened, and the ark of the covenant could be seen inside his temple.  Then came flashes of lightning, peals of thunder and an earthquake and violent hail.

And now, in heaven, appears a great portent; a woman that wore the sun for her mantle, with the moon under her feet, and a crown of twelve stars about her head.  She had a child in her womb, and was crying out as she travailed, in great pain of her delivery.  Then a second portent appears; a great dragon, fiery red, with seven heads and ten horns… And he stood fronting the woman who was in childbirth, ready to swallow up the child as soon as she bore it.  She bore a son, the son who is to herd the nations like sheep with a crook of iron; and this child of hers was caught up to God, right up to his throne, while the mother fled into the wilderness, where God had prepared a place of refuge for her, and there … she is to be kept safe.

The Catechism of the Catholic Church tells us, “In Sacred Scripture, God speaks to us in a human way. To interpret Scripture correctly, the reader must be attentive to what the human authors truly wanted to affirm, and to what God wanted to reveal to us by their words.” (§109)  Further, “In order to discover the sacred authors’ intention, the reader must take into account the conditions of their time and culture, the literary genres in use at that time, and the modes of feeling, speaking and narrating then current.”

So let us look more closely at how this woman is described in this first-century text: clothed in the sun, standing on the moon, and with a crown of twelve stars on her head.  We might suggest that this speaks, both then and now, of the triumph of Our Lady and her Divine Son, over all that is natural and supernatural.  It speaks powerfully of Mary’s role in the Incarnation, and offers a theological counterpoint to our beloved “Christmas Story”, highlighting not only the glory of Mary, but also the intense vulnerability of the Woman and Child as he is born into the world.

Somebody picking up this book in the first century and reading these verses would have heard a little bell ringing in their head – perhaps a whole peal of bells.  And depending on their background, they would have understood different things.

If their background was Jewish, they would immediately have thought of the first few chapters of the book of Genesis – the ones that deal with the creation of the world.  Because we read there that when God created light, he gathered some of it together to make a great light to shine by day, and a smaller light to rule the night – the sun and the moon.  (And, by the way, he made the stars as well.)

The first chapter of Genesis tells God’s people in their sixth-century BC captivity that however bad their current circumstances, their God is in control.  Their captives, the Babylonians, were ruled by the sun, moon, and stars.  Well, our God made them!

And now this heavenly revelation in the Apocalypse says that there is a woman, and her child, who share in this divine mastery over the cosmic powers.

If the reader came from a Greek or Roman background, different bells would have rung.  Listen to this account of the birth of Apollo, the god traditionally associated with the sun:

“Leto had become pregnant by Zeus.  The dragon Python foresaw that this child, a son, would replace him as ruler over the oracle at Delphi.  He sought to kill the child at birth, but the north wind and Poseidon came to help Leto.  She gave birth to Apollo and Artemis, and Apollo slew the dragon.”

That first-century Hellenist would have got the message.  Here is a woman who, because of the son she bears, is greater than the gods of the sun and the moon.  What has happened in history – the incarnation of the Word of God – has brought into our history what previously only existed in myth.  The glory of the noonday sun is now a fitting mantle for this heavenly woman.  And this woman stands on the moon.  Archbishop Fulton Sheen said that Our Lady is like the moon, because her glory is reflected glory.  But this passage goes even further.  The moon is the great symbol of Artemis, whom the Romans called Diana.  And one of the most famous shrines to Artemis in all of the ancient world was at Ephesus, which just happens to be the place that St John had gone, with the woman entrusted to him by Our Lord on the cross.

And the 12 signs of the Zodiac, which for the Jews symbolised the 12 tribes of Israel; and for the pagans spoke of the astrology that ruled their lives; which formed the crown of stars worn by Juno, the Roman queen of heaven, they now adorn the brow of the one who truly is Regina Caeli.

Bells, and peals of bells.

But if this is to be more than just of academic interest, then we need to hear the Gospel that speaks from this passage, adding weight and perspective to our songs of “Maranatha” and “Unto us is born a Son”.

What, for us, do the sun, moon and stars symbolise?  What are the powers, heavenly or otherwise, that dominate our lives?

One modern pop group has a science song for children, which starts, “The sun is a mass of incandescent gas, a gigantic nuclear furnace”.  Later in the same album they present a different perspective: “The sun is a miasma of incandescent plasma, the sun’s not simply made out of gas, no, no, no!”.  Science, as these songs exemplify, teaches us that the world is not as simple as it seems.

We live in a world governed by science, and we rightly thank God for that. But when scientists (as some of them do) exalt their job to a god-like status, and say of the world, “this is all there is”, we need to think of the woman with child, clothed with the sun.

If we started listing songs which have “moon” in the title, this article would turn into a booklet.  The moon for us is not just a satellite; it is mystery, and romance; hopes and dreams.  Again, we rightly thank God for those things that enrich our lives.  But when they take over, and become our master, our mistress, then we need to think of the woman with child, standing on the moon.

Astrology itself has never gone away.  But neither has politics – how fascinating that the flag of the European union has twelve stars.  And for many of our young people, and some old enough to know better, their dream, their motivation, is to become a celebrity, to be a star.

There is one, says the Book of Revelation, who wears those stars in her crown.  Mary, the New Eve, the fulfilment of Israel, the mother of the Church; Mary, even now playing a cosmic role of bringing Christ to the world; Mary, assumed into heaven, who, with her divine Son, completes and transcends the dreams and desires of every man and woman, every race and nation – including our own. 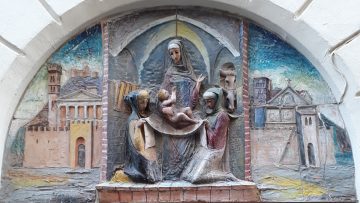 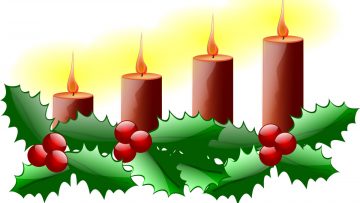 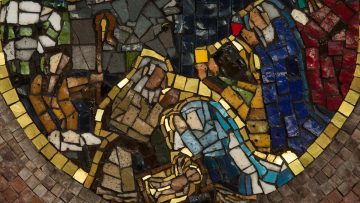 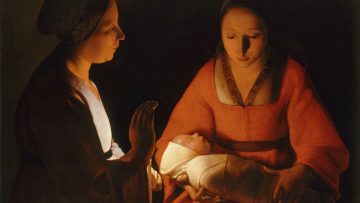