Wisdom for the masses: What the Book of Proverbs can teach us today

Fr John Deehan gives us a rich insight into home education in the Old Testament, and how the wisdom of Proverbs became so central in the development of our faith. 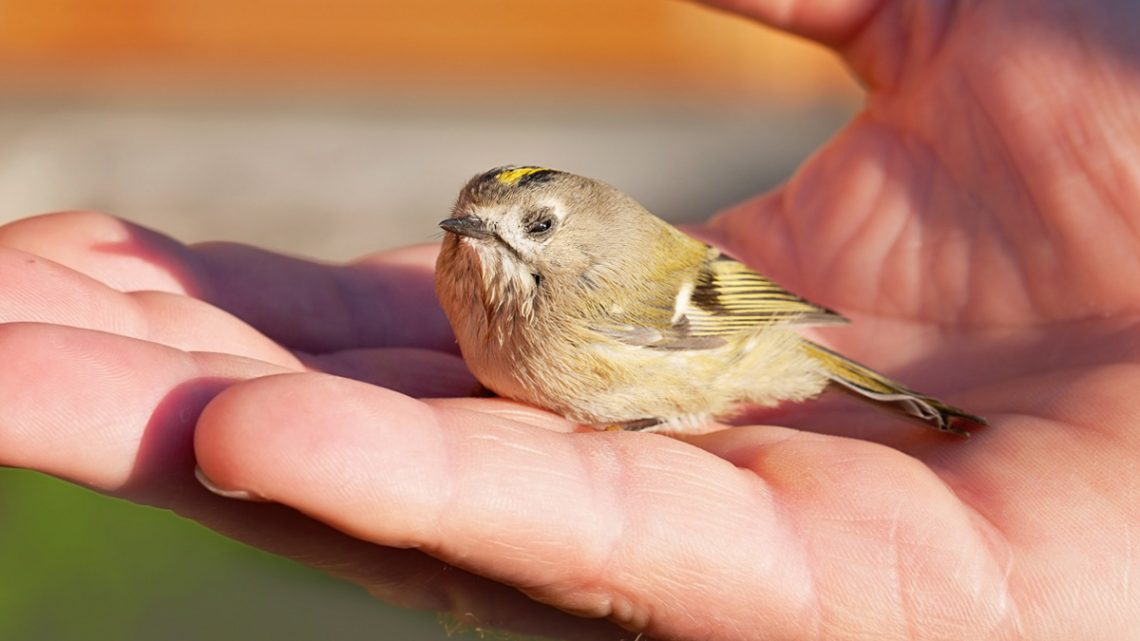  icon-home » Focus » Easter Glory » Wisdom for the masses: What the Boo...

For the writers of the Old Testament the education of children and young people was as important as it is for us today, though on a cursory glance at the Old Testament this might not be obvious. However, we can get some sense of the Israelite respect for education, even if the pages of Scripture give us a mere glimpse into the details.

In the Book of Deuteronomy, for example, Moses makes a speech to the people where he introduces the Decalogue, the commands that proceed from it, and their implications for the wellbeing of the people, as they end their journey in the wilderness and cross over to the Promised Land. He says:

Keep these words that I am commanding you today in your heart. Recite them to your children and talk about them when you are at home and when you are away, when you lie down and when you rise. Bind them as a sign on your hand, fix them as an emblem on your forehead, and write them on the doorposts of your house and on your gates. (Deuteronomy 6:6-9)

Although technology and curriculum may have changed in modern times, content, discussion, repetition and revision, and visual aids still form the essentials of our own education system. Questioning too played an important part. Moses tells the people that in times to come their children will ask them:

‘What is the meaning of these instructions, laws and customs which YHWH our God has laid down for you’. (Deuteronomy 6:20)

Laws and instructions on their own do not make sense to the younger generation unless they are initiated into the story of the community and can see a context. Moses instructs their parents to tell their children the story of the Exodus, the wandering in the wilderness and the giving of the Law ‘to fear the Lord our God for our lasting good, and so as to survive’. Every year the Israelite ancestors like their Jewish successors today celebrated the Passover meal, a meal eaten at home in a family context, in which the children still play a part, asking why some of what are to them strange customs, are part of the meal.

Christian readers who expose themselves to the Lectionary at Sunday Mass will be familiar with much of this content. They will frequently hear aspects of that great sweep of stories that make up what we sometimes call ‘the History of Salvation’; they will hear about the Jewish Feasts, especially Passover that lies behind our Easter celebrations.

Israelite education, no more than our own, did not take place in controlled laboratory conditions.    The Israelites inherited a land where others had lived for centuries before them, other people who had their own gods, their own worldviews and morality that were alien to the new arrivals. The story of their time in the land, followed by exile to Babylon reflects the Deuteronomic Tradition. It is the story of how Israel compromised with or capitulated before these other beliefs and practices, so contributing to their own downfall and eventual exile.

But there is another stream of tradition represented by the Book of Proverbs, which is less concerned with the great sweep of history, the stories of kings and battles, and focusses on the day to day education of the young. Compared with the tradition represented by Deuteronomy, this ‘wisdom’ tradition does not feature so widely in our Sunday Lectionary. While the standard form of address is specifically ‘my son’ (e.g. Proverbs 1:8) the handing on of ‘wisdom’ is not confined to the males; both fathers and mothers are the teachers, which would presume that both father and mother had been recipients of education themselves:

‘Listen, my son, to the teaching of your father, do not abandon the instruction of your mother.’ (Proverbs 1:8)

We see that the pursuit of wisdom begins at home.

In the Book of Proverbs, we are given an insight into the content and the methodology of this instruction of the young. The instruction is conveyed through the use of Proverbs. The Proverb as a literary genre is difficult to define but easy to recognise. A bird in the hand is worth two in the bush; don’t count your eggs before they are hatched.  Look before you leap, he who hesitates is lost. Just as in our culture, biblical proverbs come in different forms and even contradict one another. Proverbs are distillations of human experience, never the last word but they insist on a hearing. They are the summaries of lectures from the University of Life.

The Hebrew word we translate as proverb has a wider connotation. The same word Mashal can mean a proverb in the regular sense, a riddle, or a parable, and much more. The common link between them all is that they force the reader or listener into thinking – do I recognise this in my own experience, is it always true, or only true within a context? Sometimes this leads to a sense of awe and wonder:

Human beings, and how they relate to one another, are the greatest mystery of all.

What linked all these different searches for wisdom is that they were all intensely practical. The Hebrew word for wisdom, hokmah, literally means ‘skill’. It could apply equally to the carpenter or other craftspeople as to the philosopher or theologian. So the wisdom of the king would consist in knowing how to rule in a world where many ambitious people with their competing interests would be trying to influence him. Much of the Book of Proverbs has to do with the skills of day to day living, make good friends and avoid the temptations of those who would lead one astray.

Its target audience would appear to be, specifically, young men, on the brink of adulthood, but the content would equally apply to people of different ages. Similarly, the content was not circumscribed by Israelite culture. The acquisition of wisdom was pursued throughout the Ancient Near East, especially Mesopotamia and Egypt, and one section of the Book of Proverbs (Proverbs 22:17-23:11) reveals a close connection with a writing from Egypt known as the Teaching of Amenemope. This reveals that certain themes were common to Israel and its international neighbours. Both Amenemope and Proverbs instruct, ‘Do not rob the poor, or crush the afflicted’. Both warn against cultivating a friendship with someone who is given to anger, and both give tips on the way to eat in the company of superiors. While there are similarities that is not to suggest that there is a direct dependence in one direction or the other, or that the same philosophy underlay both, or even the same target audience. In Egypt, some of the writings seem to be addressed to young men destined to rise through the ranks of the royal court, others to people of lower rank.

As regards content, at first glance the proverbs themselves may appear to be presented in a haphazard fashion, so a statement in one place may be modified, or even contradicted, somewhere else. The first nine chapters of the Book is important because it offers us a key for interpreting the whole that may not be obvious in the individual parts. It is primarily about the formation of character, and inculcating what in later tradition would be called the virtues. Wisdom includes both knowledge and understanding, and the capacity to respond in the light of both. But something more is necessary: the fear of the Lord is the beginning of Wisdom. This phrase has been the object of much study. One might equate it with conscience. Its foundation is a sense of divine order and the goodness of life, from which comes an inner sense of what is right and wrong that can be learned in practical situations. But these opening chapters go even further, and propose that Wisdom is more than just the sum of human striving. Wisdom’s origins are in heaven, and so Wisdom is personified as a Woman present with God before creation (Proverbs 8:22-31). Beginning with Paul, early Christian theology identified the Wisdom of God with Jesus Christ and continued to use the book of Proverbs as a kind of handbook for Christian living. St Jerome, in a letter to a Christian mother, proposed that if her daughter was to be instructed in Sacred Scripture, she should read the Psalms, followed by the Book of Proverbs. 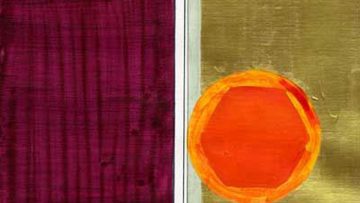 Spend some time listening in silence with this abstract painting by Priest-painter - Robert Wright as you journey this Eastertide. 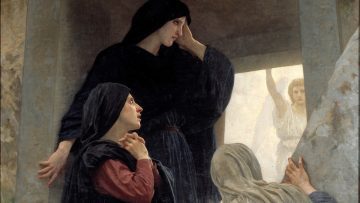 Fr Michael Winstanley SDB gives us a fascinating perspective on the women’s reactions at the tomb of Jesus.