See how Chris Rosser shows God’s ever-abiding presence in the Scriptures and how they come alive in the Mass. 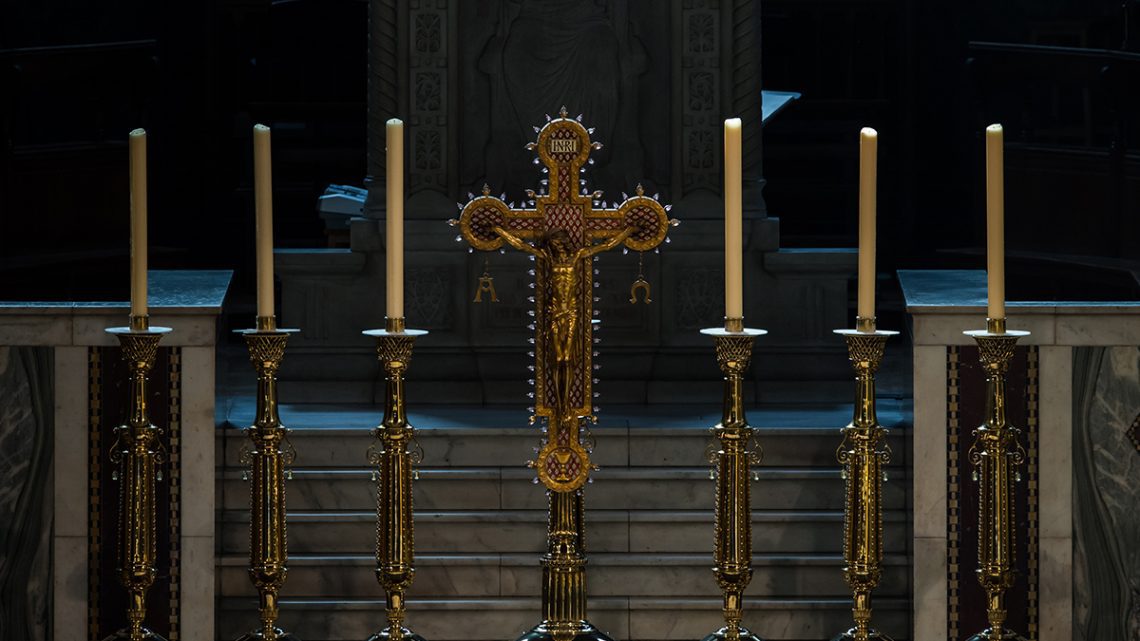 “I like reading the New Testament but the Old Testament is a lot of rubbish” my colleague from our parish group assured me as we travelled home from a meeting one evening many years ago. Instinctively I knew he was wrong but I couldn’t begin to explain why.

Things began to change for me years later when I actually began to read the Old Testament. I found the most accessible route was through the daily Mass readings. Very often these readings are consecutive selections from the same book. This encouraged me to read the passages in between the selections and thus I was drawn into reading a number of different books.

Characters, stories and events in the Old Testament started to come alive. I was particularly fascinated with the story of Abraham’s amazing faith in God as he raised his knife to sacrifice the son he and Sarah had longed for all their lives (Genesis 22:1-13). Later I was stunned by the awesome power of God that the people experienced when he came down on Mt. Sinai during their journey through the desert. We are told in Exodus 19 that they had to purify themselves, wash their clothes and abstain from sex for two days in preparation. They had to mark a boundary round the mountain which must not be crossed on pain of death. When God appeared “on the morning of the third day there was thunder and lightning, a thick cloud appeared on the mountain and a very loud trumpet blast was heard”. Moses then led the people out of the camp to meet God and they “trembled violently”. The more I reflected on this encounter, the more in awe I was as I held the fragile wafer the next time I received Holy Communion. This experience gave me a sense of continuity and connectedness with the people of the Bible who lived three thousand years ago.

It became clear that throughout the Old Testament, God was gradually revealing his presence in the world and his love for the whole of creation. Following that frightening theophany of God on Mt. Sinai, we read in Exodus 25 how God decreed that “the people must make a sacred tent for me so that I may live among them”. Then followed elaborate instructions on the construction of the “Covenant Box” and the Tent of Meeting that was designed to be carried with them and erected outside the camp every time they rested on their journey to the promised land. The next significant moment of God’s revelation occurred when the tent of the Lord’s presence was finally completed. “Then the cloud covering the Tent and the dazzling light of the Lord’s presence filled it”. Now God remained with them in a visible form throughout their journey as a cloud over the Tent during the day and a fire at night.

As well as his presence becoming more visible and accessible, God’s relationship grew through a series of Covenants or solemn promises that God made with his people through his great leaders and prophets. These took various forms, but essentially the agreement was that God would care for and look after his people if they faithfully trusted in him and followed his ways. Unfortunately, as the excitement and freshness of the events in the desert faded and the people began to be immersed in the novelties of the Promised Land, they became complacent. The Covenant Box was reduced to an object of superstition to help them win wars and the Covenants’ promises were broken and disregarded. Again and again, we discover God’s patience as he sent leaders and prophets to remind the people and to encourage them back to faithfulness.

The next high point comes with the anointing and elevation of David to become king of Israel and Judah. David was a man of great faith who had a huge love and respect for the presence of the Lord in the Covenant Box. I was chastened again as I read the sheer delight and joy (and for Saul’s daughter’s embarrassment) expressed by King David when he welcomed the Covenant Box back to Jerusalem. If only I showed just a fraction of that joy at Mass. It was David’s successor Solomon who went on to build a permanent Temple which then became the visible presence of God on earth.

Over the years that followed, the Temple in Jerusalem, despite re-constructions and repairs, remained the physical sign of God’s presence. However, with the arrival of Jesus, everything changed. We get a glimpse of what is to come when Jesus prophesied the destruction of the Temple. At his Last Supper after the inauguration of the Eucharist, he speaks of a New Covenant and after his sacrifice and death on the cross we are told that “the curtain hanging in the Temple was torn in two from top to bottom”. This was not as a result of the reported earthquakes but that the focus of God’s presence on earth was no longer to be found in the Temple of bricks and mortar. God’s presence on earth was now to be a “living Temple”, recognisable as the community of the disciples of Jesus, the Church.

Through reading the Bible and then later books and courses about the Bible, I became hooked. I discovered the link describing God’s presence through the allegoric stories in the Old Testament, the human person of Jesus in the New Testament and the Sacramental presence of Jesus in the Church. Today, the Mass comes alive for me when I realise that I transcend space and time and am actually there with Jesus at his Last Supper, on Calvary and after his resurrection. The perspective of the Bible stories strengthens my belief that the gift of Holy Communion is the fulfilment of God’s promise to feed and nourish us, a truth which was foretold in the story of the Manna in the desert; the miracle of the feeding of the 5000; and then instituted at the Last Supper. All this is dramatically presented in a liturgy in which every object, word and action is crafted into a mystical presentation of these truths, not only teaching us, but also drawing us into union with Jesus’ offering of himself to his Father.

Daily reading of the Bible, looking for meaning and reflecting on the life of Jesus is the key to growth in our spiritual lives. Today, use of smart phone apps provide easy and rapid access to the Lectionary and the Bible for no more than a few pounds.

Finally, a very different modern image reminds me of the importance of regular Mass attendance as I hear the priest’s instruction to “Go and announce the Gospel of the Lord”. This is the image of the heart and circulatory system in which the blood spent of oxygen is re-nourished by the heart to return to give life to every cell. Each week I must return to Mass to be spiritually renewed, just as the blood must be refreshed with oxygen, so that I may continue to proclaim the Gospel in every moment of my life. 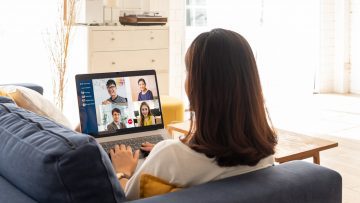 Chris Rosser introduces us to the power of 7 Steps Bible Sharing Groups on Zoom and how this model could also benefit your own parish community. 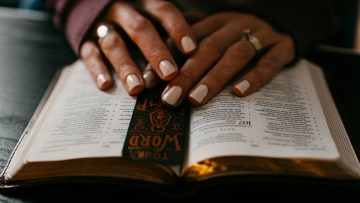 The Word who is with us always

Dr Lynn Bassett explores how the Word made flesh accompanies us in the word in this time of Eucharistic famine. 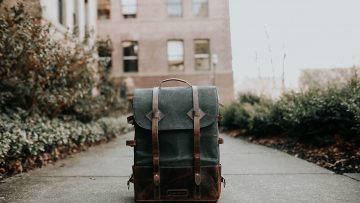 Frances Murphy describes her experience of the current lockdown. 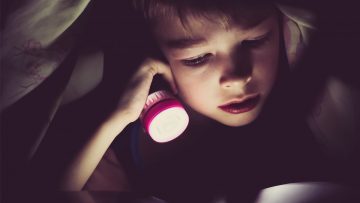 How the Scriptures can transform us

Fr Chris Thomas, a priest of the Liverpool Archdiocese, shares his reflections on what the transformed heart looks like.

When I was a stranger, you made me welcome

Sr Judith Russi SSMN on deepening our knowledge of Scripture