A Whistlestop Tour of Luke

Fleur Dorrell provides an overview of Luke and his Gospel. Find out about the unique stories recorded by Luke, his Gospel's structure and key themes. 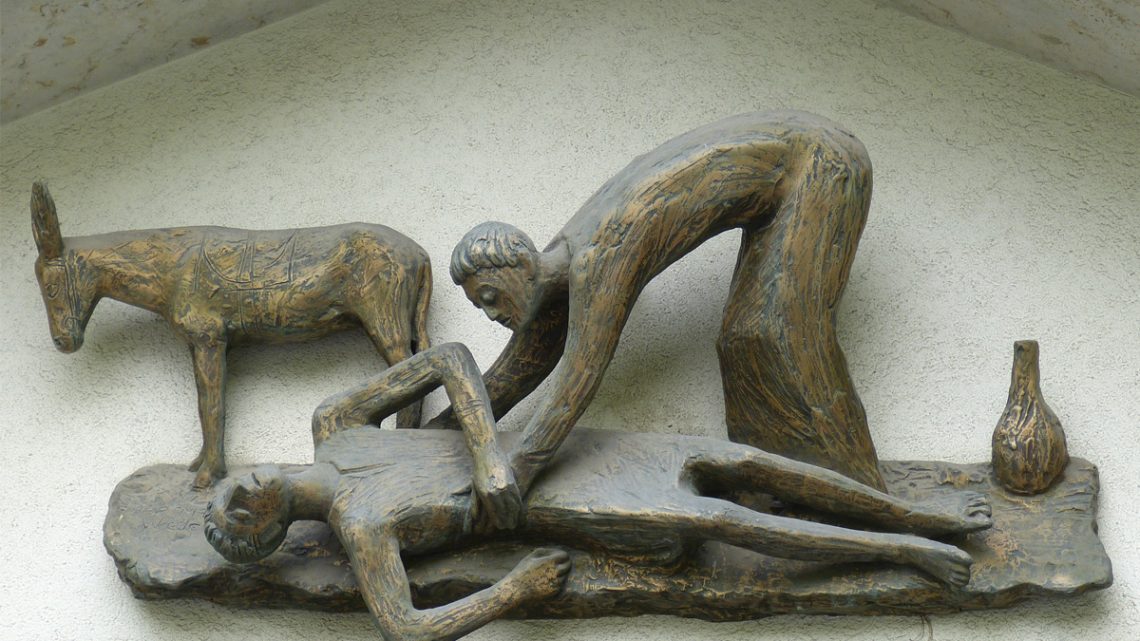 Luke the ‘beloved physician’ (Colossians 4:14), who accompanied Paul from Troas to Philippi, has since the second century been credited with writing both his Gospel and the Acts of the Apostles.

They provide a seamless narrative describing the birth of Jesus, the founding of Christianity, the experiences of Jesus’ disciples as he died, rose, reappeared and ascended into heaven; and the coming of the Holy Spirit poured out anew on the whole community of disciples, that they might share and spread the gospel throughout the world.

Luke is a master storyteller and his gospel alone begins with a personal dedication. His message is universal and moves from the poor of God in Judaea and Galilee to Jerusalem and then from Jerusalem to Rome, and then to the whole world. He uniquely records some of Jesus’ most famous stories such as the parable of the Good Samaritan; Jesus’ praise of the faith of the widow of Zarephath and Naaman the Syrian (Luke 4:25-27); and the story of the one grateful leper, a Samaritan (Luke 17:11-19).

Luke bridges the gulf between the old Israel and the newly emerging faith community. Luke’s Jesus insists on mercy for sinners and opens up new possibilities for all but especially the marginalised: Samaritans, women, lepers, tax collectors, prostitutes, children and widows. Only Luke celebrates this depth of divine forgiveness in the story of the Prodigal Son welcomed back by a forgiving father; and scandalously, for the righteous, the commendation of a forgiven woman sinner who disrupts a public feast to wash Jesus’ feet with her tears. Around Jesus no-one is outside the love of God. Luke has old Simeon emphasise this when as the child Jesus is brought to the heart of the Temple: “… for my eyes have seen your salvation which you have made ready in the presence of all nations; a light for revelation to the Gentiles” (Luke 2:30-32).

Luke sees Jesus fulfilling the Jewish prophecies with Jesus citing Isaiah 61:1-2 in his first teaching in the synagogue in Nazareth:

“The Spirit of the Lord is upon me,
because he has anointed me
to bring good news to the poor.
He has sent me to proclaim release to the captives
and recovery of sight to the blind,
to let the oppressed go free,
to proclaim the year of the Lord’s favour.”
(Luke 4:18-19)

There are 6 miracles and 18 parables which Luke has uniquely saved for us. They particularly reflect mental and physical healing, and hospitality and service; with Jesus stating: ‘I am among you as one who serves’ (Luke 22: 25-27) and inviting us to follow him. Luke celebrates Jesus’ opening up of shared table fellowship to the rich and poor, the saints and sinners, excluding no-one as a sign of the coming of God’s reign. It is Luke who has Jesus teach “Blessed are the poor” and choose to share his and his disciples’ life with the outcasts and the destitute.

Justice and restoration are drawing around Jesus but all this is at great cost as the Jewish leadership and some of his early disciples turn against him. The risen Jesus himself will explain these events to the two sad disciples on the road to Emmaus as the inevitable consequences of his prophetic acts and teaching; and in tune with the prophetic tradition of the Jewish Scriptures.

This journey motif allows us to travel alongside Jesus and gradually to grasp the meaning of his role and destiny as the Christ.

While Matthew alludes to the birth of Jesus in one verse only it is Luke who particularly focuses on it with the child Jesus entering the everyday world of power, politics and economics; opening up an alternative way of life, the Kingdom of God. Already the account of the babe lying wrapped in the manger anticipates the wounded body wrapped in the tomb and the new life that will come in to the world beyond that death.

Luke portrays Mary as a young woman called to do something extraordinary for God in the midst of her ordinary life. Like the great prophets, Mary has questions and is fearful. Yet in a time of great difficulty she leaves to help her aged pregnant cousin, Elizabeth, and no doubt to seek support and understanding. Luke gives us the scriptural basis for part of one of our most loved prayers: “Hail Mary full of grace,” spoken by the Angel at the Annunciation and: “Blessed are you and blessed is the fruit of your womb Jesus” spoken by Mary’s cousin Elizabeth.

With Mary and Elizabeth, we see female prophetic companionship. Like Ruth and Naomi in the Jewish scriptures they work together to realise God’s purpose. Luke depicts them as giving themselves up to the mystery of God’s call, and speaking out of this mystery. And when Zechariah the priest is muted, we have a story where two women’s voices are celebrated while the voice of patriarchal power is silenced. The order of this world is turned upside down before Jesus and John the Baptist are born.

In the second century, St Irenaeus began to associate symbols from Ezekiel 1:1-21 and Revelation 4:6-8 with each of the four Gospels. St Jerome revised these symbols in the fourth century where Luke was represented as the ox. The choice of the ox relates to the sacrifices offered in the Temple. Luke’s Gospel begins and ends in the Temple. Only in Luke is a link clearly being made between the Temple sacrifices and Jesus’ own sacrifice on the cross.

Luke has been portrayed as an artist since the sixth century (as the painter of icons of Our Lady). It is certainly as a writer with dramatic and visual effect that he has inspired artists since the Renaissance, and St Francis’ crib at Greccio, Italy, providing the basis of our Christmas devotions. 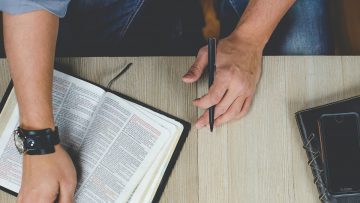 Set yourself the challenge of reading a few verses of St Luke's Gospel each day. 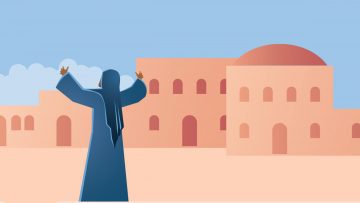 Discover the Gospel of Luke in a visual way with our two new posters.