David McLoughlin looks at two models of work using Genesis to explore how work can be both a blessing and a curse. 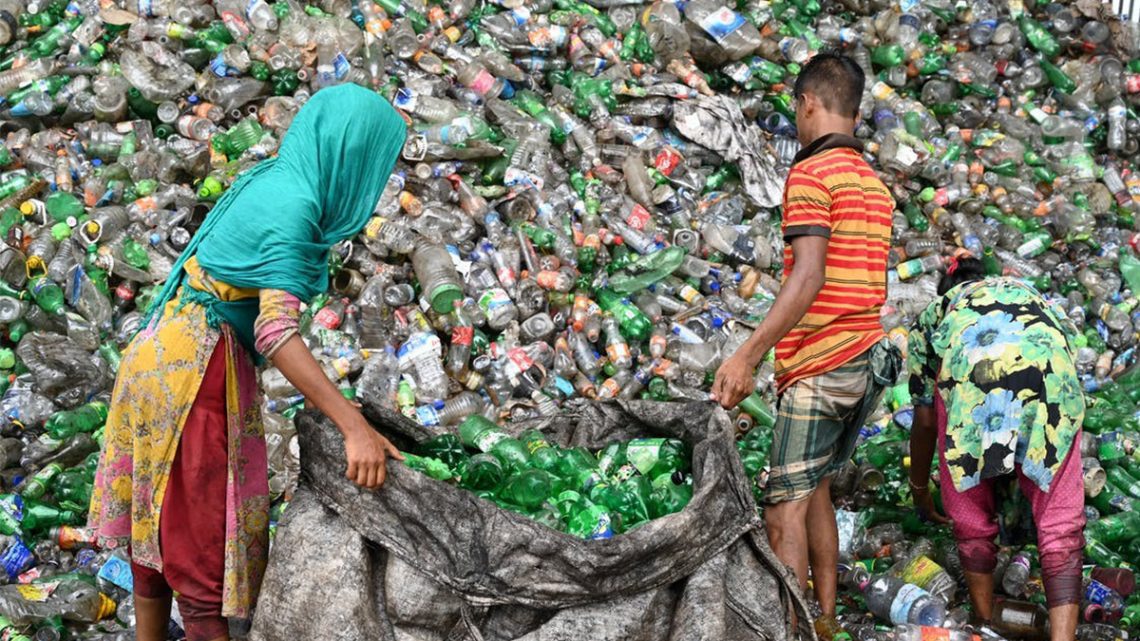 1 Corinthians 4:11-13
11 To the present hour we are hungry and thirsty, we are poorly clothed and beaten and homeless, 12 and we grow weary from the work of our own hands. When reviled, we bless; when persecuted, we endure; 13 when slandered, we speak kindly. We have become like the rubbish of the world, the dregs of all things, to this very day.

St Irenaeus says: Gloria Dei, vivens homo – the glory of God is a human person fully alive. The Christian Gospel is about fully alive men and women. Work is seen as one dimension of being alive. Work is a human activity but not all work is human. Work can refer to God’s creativity but not all work is creative, as in the case of slavery. Work then, as a concept, is ambiguous.

In the book of Genesis we have two models of human work.  Man and woman are to care for and cultivate the Garden of Eden. They are to bring the created order to its fulfilment. Their work is a blessing that holds in balance their need and the needs of the natural order, the plants, and the animals.

But when man and woman go their own way, and do their own thing, then the fine balance, the subtle relationship, between everything falls apart. Man and woman turn against God, against each other, and against the world of nature. Their work has become a curse:

Accursed the soil because of you!
Painfully will you get your food from it
as long as you live.
It will yield you brambles and thistles,
as you eat the produce of the land.
By the sweat of your face
will you earn your food,
until you return to the ground,
as you were taken from it.
For dust you are
and to dust you shall return.
(Genesis 3:17b-19. New Jerusalem Bible.)

The wonderful dignity of work, its necessary relationship to the rest of creation, and its balance, are now lost.

The Common Experience of Work

Genesis describes our daily experience of the nature of work. Some work is worthwhile, life enhancing, sustaining, some is less than human, dangerous, badly paid, without worth, and undermining of human dignity. The inspired storyteller reads back into the beginning of human history our present ambiguous experience of work. The message of revelation is clear enough though. We were created as workers because we image a worker God, a creative God. Our work is called to be a participation in the divine creativity. When it is not, it all too easily becomes a destructive evil.

The Earlier Story: The Creator is Liberator

The Creation account was set down after the liberation of the Hebrew people from Egypt. In the order of Creation the Hebrew people are to remember that they act and work as a liberated people. They are called to be a liberating force within creation. Men and women don’t have their meaning within themselves, they are dependent. But they do have absolute value, as creatures in God’s eyes.

Work then is to be a force for our individual and collective liberation. But also for the liberation of those with whom we have contact, especially the powerless, the unemployed, and the unemployable. These are symbolised in the book of Deuteronomy as “the widow, the stranger and the orphan.” But more of that later.

The Sabbath as the Feast of Liberation

The day God rested from his work, the seventh or Sabbath day, highlights the purpose and limits of work. Work is to lead to a life that is full and free. It is to create a space for what is important: worship, mutual enjoyment of shalom – that peace which means the fullness of all that is good, true, and beautiful. The word shabbat comes from a root meaning to rest from work or labour. We rest to acknowledge God as creator (Exodus 20:8-11) and to reflect our call as a liberated and redeemed people (Deuteronomy 5:12-15).

The Sabbath is seen as spiritual and physical refreshment, a day of delight. The Jewish Rabbis speak of having an “additional soul” on the Sabbath and coming home to the Sabbath meal accompanied by Angels (B.T. Shab 119b). It is a day of joy and tranquillity, festive meals and joyous hymns, of the union of husband and wife. The mistress of the house prays on the Sabbath eve for her family. She lights two candles, the first representing the prohibition of work, the second, the Sabbath joy and tranquillity. The meal begins with the prayer qiddush  (sanctification) – praising God over the wine for granting the gift of the Sabbath. The two loaves of bread are prayed over representing the double helping of manna which fell in the desert before the Sabbath. (Exodus 16:22-27)

The Limits of Work

The Sabbath points us to the true meaning of life. It is to be found in giving glory to the true God and rejoicing in our existence. To see the meaning of life only in being useful to, and used by others, is to be in crisis. It is to be threatened whenever sickness or sorrow make us useless. To find the Sabbath joy in God and in life, is to become free from the prevailing ideologies which promise meaning for life if we buy into them. We become free from a culture which values and rewards us only in terms of our practical usefulness and our suitability as labour and consumers.

Work alone does not define God’s people. The Sabbath kept alive the memory of the living God in the midst of work, in the midst of human activity, in the weekly rhythm. The living God liberates humanity from slavery i.e. from alienated labour. His people are liberated workers, a freed proletariat. Religious ‘holydays’ extended this across the centuries and even in the secularised “industrial holiday” of modern developed societies there is a recognition that all workers need recreation and rest (note the biblical echo in “re-creation” and the original emphasis of “holy day”). 19th and 20th Century industrial reformers, like the Cadburys, Rowntrees and Frys, realised they would have a healthier and happier workforce if they provided them with regular holidays.

There is continuity in the divine revelation. When God became incarnate he chose to be among those alienated from land, property, rights and income; he consistently identified with them.

The end of God’s work is shalom. That is what the crucified and risen Christ returns with – shalom, full life, so much more than full employment. “Come to me all you who labour and are burdened and I will give you rest.” This rest, shalom, is full life with dignity.

Why do you think some people feel work isn’t working?
– Explore your experiences of work and those of your family and friends.
– Can you see patterns of work that reflect both blessing and curse?
– How does your experience of work echo or differ from that in the Genesis story?

What signs of hope are there in current working practice?

Reflection on a painting by Fleur Dorrell

Jean François-Millet (1814-1875) was a French artist of the Barbizon School of landscape painting best known for his realism which highlighted the working conditions of the peasant farmers.

This painting is about pausing to pray in the ordinary working day, but it holds another secret. A man and a woman are reciting the Angelus, a prayer which commemorates the Annunciation made to Mary by the archangel Gabriel in Luke 1:26–38. The devotion is traditionally recited in Roman Catholic churches and religious communities at: 6:00 am, 12 noon, and 6:00 pm (many different Christian churches still follow this devotion today). Millet said that the idea of this painting came to him from working with his grandmother who would make him and their fellow workers stop when the church bell rang to say the Angelus for the poor departed.

At first this painting was seen as highly political – a socialist artist in solidarity with the workers, but it also became one of the most popular and profoundly religious pictures of the 19th century. Millet wanted to catch the rhythm of the day in a simple scene – a moment of respite from working the land. The potato harvest and the church tower of Chailly-en-Bière in Barbizon are the context of these two peasants with a cart and pitchfork echoing their own postures, but the basket of potatoes has proved to be highly contentious. When the Spanish artist Salvador Dali first saw this painting he insisted it was a funeral scene – not a prayer ritual for workers but a couple praying and mourning the loss of their dead baby which was in the basket. Only after x-ray analysis was Dali vindicated for his view which showed that Millet had painted over a coffin and painted in the church tower later. He changed his mind about this painting because his audience preferred an inspiring rather than tragic painting.

Totally alone in the foreground of a huge empty field, these two workers take on a mighty quality. Their faces are concealed but the light outlines their gestures and postures. There is a deep sense of meditation and stillness. She with her hands clasped, and he, holding his hat awkwardly. You can almost hear the church bell ring and the silence of the couple – of standing still in the presence of God. This field is the place of worship with only a few simple tools with which to make their meagre living from the soil. The backbreaking life of a rural worker which endures in all seasons is a reminder of our interdependence with God and his creation. It is a daily encounter with the known and unknown – we cannot control the weather! It is this combination that makes it one of the great masterpieces of 19th century French painting.

Today as we lead busy lives, paid and unpaid, we can feel life is non-stop but this painting helps us to pause as the couple are pausing, to stop and pray amidst the toil and the grief. The regularity of the Angelus prayer structured the day around prayer and is a reminder in today’s 24 hour world that God is with us wherever we are and in whatever we are doing. Joy and grief, happiness and suffering are all offered up to God. It echoes the Benedictine idea of ora et labora – work and prayer as mutually entwined.

Notice how the sun is already going down, a warm and golden light embraces the horizon – night is coming soon. There is a mysterious peace as the day is nearly done. Our viewing angle is suspended slightly above and in front of the couple, creating intimacy for both the characters and our participation.

This painting shows us how prayer in our own day is a surrender to God, not a denial or diversion from the challenges of work. When we make a little time for prayer, we affirm our faith. Our redemption comes from living within our environment not from overcoming it. Patience with waiting – waiting for the sun to rise and the harvest to be reaped draw us ever closer to a realised eschatology. That is our prayer and our salvation.

God of work and rest,
Help us to be attentive to all who suffer:
from no work or little work,
from abuses exposed or hidden,
from no pay or poor pay.
May we serve you with open hands and hearts
and speak out for everyone who is not heard.
Amen. 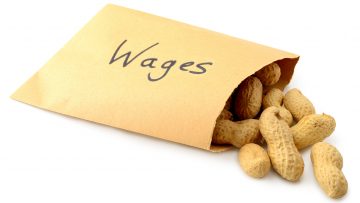 Thursday: The right to decent work and a fair wage. 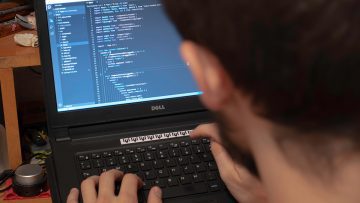 David McLoughlin considers a re-reading of the "wisdom" of King Solomon in 1 Kings 4 in light of some of our current employment practices. 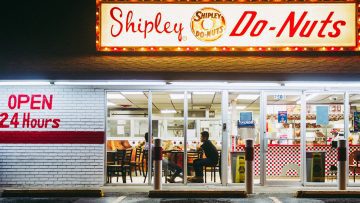 Tuesday: Is our 24/7 culture the new slavery?

David McLoughlin looks at how the liberation of Exodus still needs to happen for many enslaved men, women and children, even in contemporary Britain.