In Mark’s Gospel, an angel tells Mary Magdalene, Mary the mother of James and Salome to share the news of the risen Christ but they run away in fear. What is Mark revealing in this detail? Fr Michael Winstanley SDB gives us a fascinating perspective on the women’s reactions at the tomb of Jesus. 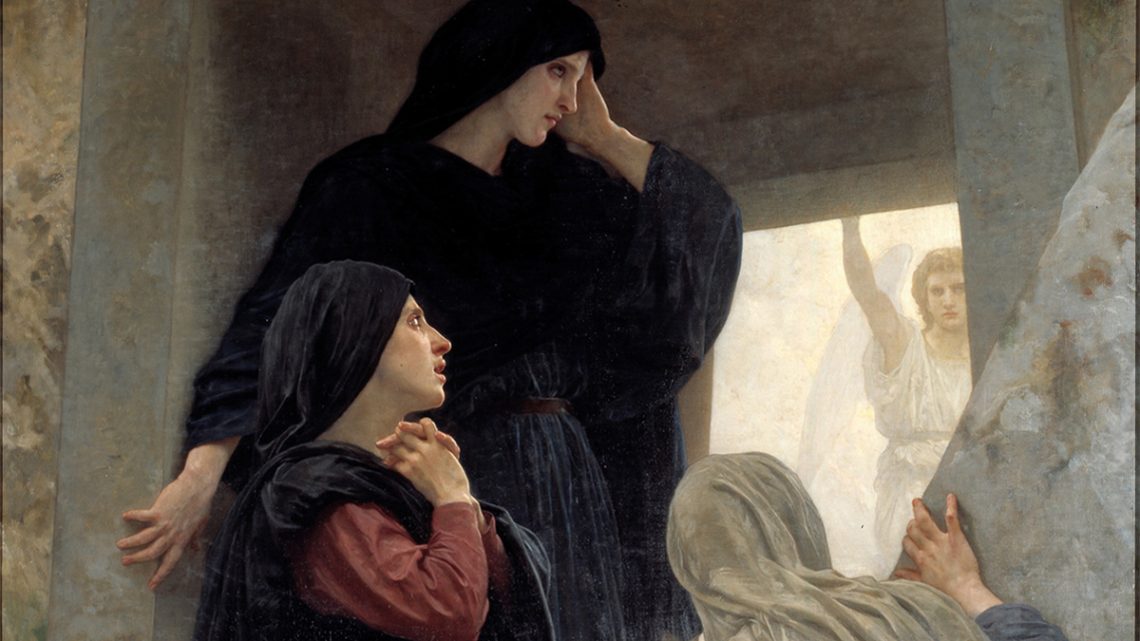 Most scripture scholars these days maintain that Mark’s Gospel concludes at 16:8; subsequent verses are later additions by Christian scribes, ill at ease with the lack of a resurrection appearance narrative. ‘So they went out and fled from the tomb, for terror and amazement had seized them; and they said nothing to anyone, for they were afraid.’ Such an ending is difficult to interpret.

The ‘they’ are Mary Magdalene, Mary the mother of James, and Salome. Earlier, when acknowledging their presence on Calvary, Mark has stated that ‘they used to follow him, and provided for him when he was in Galilee’. They are genuine disciples of Jesus in the full sense of that term. When his male followers have, to a man, scattered into the night, and Peter has three times betrayed the Master, these women have remained faithful, have stayed ‘with him’ as true disciples, even if ‘looking on from a distance’ because of Roman practice.

After the sabbath’s closure, they have bought spices to take to Jesus’ tomb in order to rectify the omission at his burial. It was not unusual in that culture for relatives to visit the grave for three days after burial; in fact, mourning was at its height on the third day. Perhaps it was unrealistic of the women in such a climate to think of anointing a corpse after three days, but love and concern often override practical considerations. From their actions it is clear that they are concerned about a corpse; the possibility of Jesus’ resurrection has never entered their heads. On arriving, they find the tomb open, the large stone already rolled away. The passive verb indicates the action of God; the women look up and ‘see’ what God has done.

Having moved inside the tomb, the women find ‘a young man’ in a white robe, the traditional attire of heavenly beings; he is presumably an interpreting angel. The women are overcome with amazement and fear at this unexpected occurrence. After seeking to dispel the women’s fear, the role of the angelic youth is to proclaim the Easter message: ‘Do not be alarmed; you are looking for Jesus of Nazareth, who was crucified. He has been raised; he is not here. Look, there is the place they laid him.’ The death of Jesus is not the end of his story: ‘He has been raised, he is not here’. His faithful God and Father has not forsaken him, but has vindicated him, as Jesus had foretold, dramatically reversing his apparent failure, and conquering death. The startling antithesis and contrast between ‘was crucified’, and ‘was raised’ by God is typical of the kerygmatic formulas and faith confessions of the early church. The insight of the centurion into the true identity of Jesus is confirmed. The formula rings out like a triumphant shout of victory. Through the angel/young man, God proclaims the resurrection of the Son.

But Jesus’ death is not the end of the story for the disciples either. The messenger continues: ‘But go and give this message to his disciples and Peter: “He is going on before you into Galilee; there you will see him, as he told you.”’ The women are sent on mission to the disciples, leaving the empty tomb behind. In spite of their failure and flight, their choice not to ‘be with’ him, their unwillingness to accept the shame of belonging to him, they are still considered to be his disciples. In spite of his threefold denial, his emphatically sworn choice no longer to ‘be with’ Jesus, Peter is still singled out for special mention. The Risen Lord remains faithful; he has forgiven them, and he calls them back to him once more in Galilee, as promised (14:28), where it had all begun, where they had been with him, been taught by him, witnessed his mighty deeds, and had experienced mission.

However, the women remain silent, they fail to carry out the angel’s bidding. Admittedly, silence and fear are normal human reactions to a divine epiphany. And it is clear from the other Gospels that they did, in fact, report back to the male disciples. Many scholarly explanations have been put forward for Mark’s changing the ending, for the women’s ongoing silence. A frequently held view is that perhaps Mark is seeking to underline the mystery, wonder, awesomeness and supernatural character of resurrection. Perhaps he wishes to emphasise our human inadequacy in the face of God’s action. Maybe he wanted God to have the last word, the God who bestows the gift of Easter faith. Throughout the gospel men and women have been blind and deaf to the truth about Jesus, and now at the end, when the divine message is delivered to the women, they are struck dumb, and fail to deliver it. It is Mark’s final irony. Frequently, Jesus has told folk to say nothing about the truth they have glimpsed, and they have disobeyed. Now that their time has come to report what has happened, the women are silent! Even the women fail. The fearful women join the other disciples, fallible followers, in their failure.

Mark takes all initiative away from human beings, for they all fail; he places it with the overflowing goodness, incredible faithfulness, and gratuitous love of God. It is the Father’s transforming action which has vindicated the Son’s generous and loving self-gift in death. And it is the Father’s action which has transformed the fearful and failed disciples and brought the Christian community into existence. Mark proclaims and articulates the faith of this community in the opening verse and prologue of his Gospel. His story challenges us, centuries later, to accept Jesus’ way, and in our struggles and failures assures us of God’s ongoing faithfulness, trustworthiness, and transforming power. We are invited to continue the story into our own lives.

Fr Michael Winstanley SDB is a Salesian of Don Bosco. He lectured in Biblical Studies at Ushaw College, Durham for 17 years, was Provincial of the British SDB Provincial twice, has written 13 gospel-based books and is Rector of the Salesian Provincial House Community in Bolton. 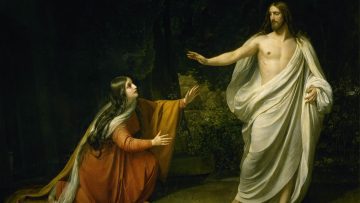