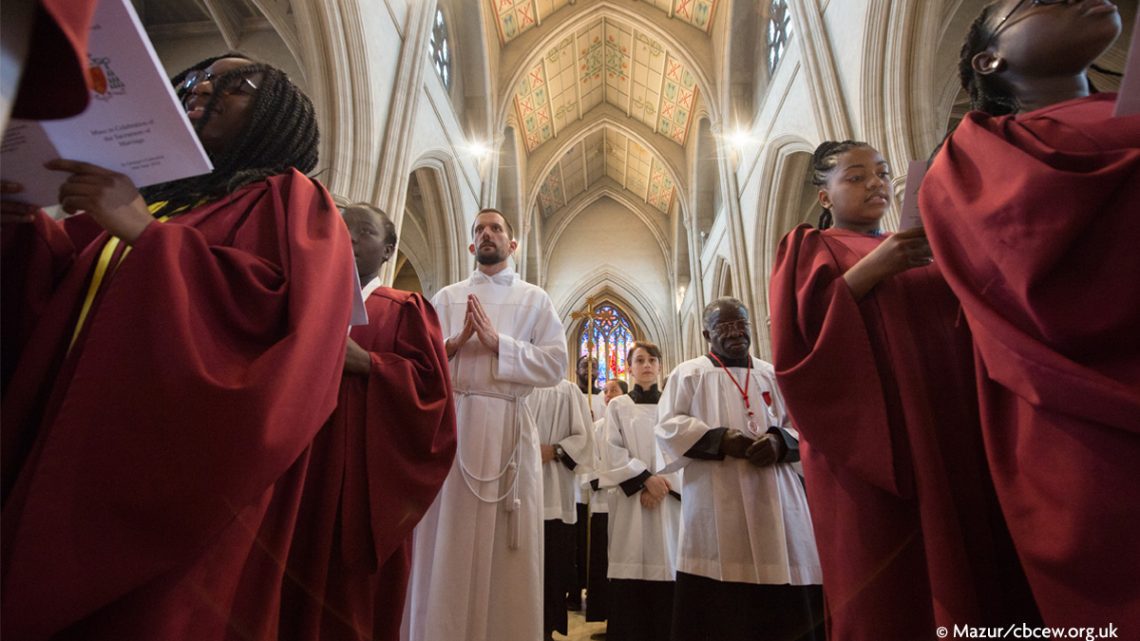 You may say that in your church you ‘don’t sing the Psalms’ but I doubt that’s true.  Perhaps you don’t sing the Responsorial Psalm following the first reading, but if you’re singing at all during Mass, you’re likely to be singing something from the Psalms, unsurprising since these are Scriptural lyrics.  Singing the Psalms involves a commitment to sing of God’s wonders (Psalm 105), of his faithfulness (Psalm 101), to sing new songs (Psalm 96, Psalm 98), and anyone who’s ever attended a Vigil Mass on Christmas Eve has promised in the response to Psalm 88(89) to sing forever of God’s love.

The assembly is to be helped and encouraged to discern God’s word in the psalms, to adopt them as their own prayer, and to experience them as the prayer of the Church (CtM162)

Making Psalms meaningful prayer for worshipping Catholics might involve mentioning the Psalm among the readings which inform a Homily, noticing how Psalms feature in Catholic liturgical and devotional music, and consciously choosing more Psalms to sing at Mass.

Many liturgies suggest Psalms at different points, for example, during Holy Week, Psalm 21 is recommended for singing during Communion on Good Friday, Psalm 117 during Communion at the Easter Vigil, and throughout the funeral liturgies there are suggestions of Psalms, especially accompanying processions (see the Order for Christian Funerals).

Antiphons at each Mass are often Psalm verses, for example, on the 28th Sunday in Ordinary Time, the Entrance Antiphon takes two verses from Psalm 129(130).  The exact text may be sung using, for example, antiphons from Martin Foster’s www.bearmusic.info or expanded within an opening hymn, for example, these verses form the 2nd stanza of Out of the direst depths by John L. Bell.  On the 13th Sunday of Ordinary Time, Mass begins with an Antiphon from Psalm 46(47), incorporated into an effective opening hymn by Stephen Dean Come to Jerusalem.  On that same Sunday, the Communion Antiphon comes from Psalm 102(103), which has been set in various musical styles, including Matt Redman’s Bless the Lord, O my soul and the Taizé chant Bless the Lord, my soul.

Psalms for singing as Mass begins are provided in the Graduale Romanum and Graduale Simplex, and recent collections including the Psallite collection (www.litpress.org).  Any opening hymn at Mass should “open the celebration, foster the unity of those who have been gathered” (GIRM 47), and some Psalm texts clearly facilitate this.  Psalm 122 speaks of the joy of going to stand within the gates of God’s house, and has been set by Bernadette Farrell in her hymn I rejoiced.  Psalm 100 is also ideal as an opening song since it exhorts us to come into God’s presence singing joyful praise, gathering together as one flock belonging to God.  It is versified as the famous hymn All people that on earth do dwell.

Further Psalm texts suit them for singing during the Offertory, or Communion.  Psalm 116 includes a verse about drinking from the cup of salvation, and has been set by Bob Hurd in the hymn The blessing cup.  ‘Taste and see that the Lord is good’ from Psalm 34 may be understood as relating to receiving Communion, and has been incorporated into diverse musical settings by Anne Ward, James Moore, Jo Boyce (www.cjmmusic.com), and Janèt Sullivan Whitaker, among many others.  Psalms which do not refer explicitly to bread and wine, eating or drinking, may yet be suitable for singing during Communion, since the General Instruction of the Roman Missal simply indicates that the Communion chant should express unity and joy (CtM213), a feature of many Psalm texts.

Do not neglect the singing of the Responsorial Psalm since this is “an integral part of the Liturgy of the Word and holds great liturgical and pastoral importance, because it fosters meditation on the word of God” (GIRM61).  This Psalm may be sung by a cantor with the congregation singing the response, by everyone singing together, or by a soloist (CtM162) (although these latter options lack the responsorial form intended for this part of the Mass).  Notice how the text of the Responsorial Psalm links to the other Scripture passages surrounding it – perhaps the same event or people are referred to in both Psalm and Gospel (or Psalm and Old Testament reading), or the Psalm is quoted in one of the other readings, or they share a common theme or mood.

The Lectionary lists Common Psalms which may replace the Responsorial Psalm during a particular liturgical season.  Even if the set Responsorial Psalm is sung, a Common Psalm may be sung elsewhere in the Mass to emphasise the meaning or mood of the season, for example, singing CJM’s This day was made by the Lord, which sets Psalm 118, the Common Psalm for Eastertide, as does Bernadette Farrell’s The stone which the builders rejected.  Likewise, Graham Kendrick’s song To you, O Lord is a musical version of Psalm 24(25), the Common Psalm for Advent.  The Entrance Chant should assist the congregation to “introduce their thoughts to the mystery of the liturgical season or festivity” (GIRM47) which could be enabled by singing the Common Psalm for that season as the opening song.

The Psalms cover a wide range of emotions and experiences, and it’s worth reviewing which Psalms are referenced in any parish’s musical repertoire, to ensure none of their richness and variety is omitted – their ‘words of wonder and praise, repentance and sorrow, hope and trust, or joy and exultation’ (CtM 161). 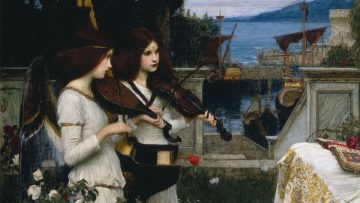 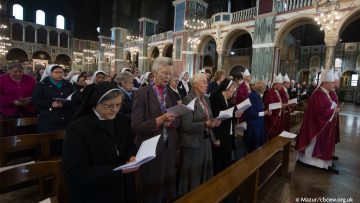