In this first article, Canon John Udris reveals the beauty of Psalm 1, the integrity of St Joseph’s faith and the importance of humility as we draw near to God along the way. 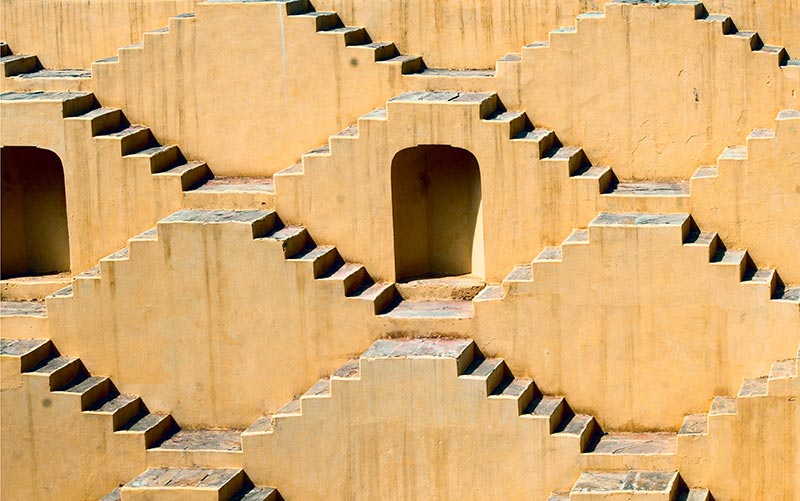  icon-home » About the Bible » Gospels and Psalms » Psalms » Shafts of Light – Psalms of O...

The psalms themselves are a bit rough and ready. They’re not as tidy in terms of language, emotion and subject matter as we might like or prefer our prayers to be. And that’s why the psalms are so powerful. They are solid nourishment in every conceivable circumstance and especially when life is messy. The psalms speak to our emotions, to the raw situations we find ourselves in; to the mystery and uncertainty in our lives, to those places where we are left feeling vulnerable and unsteady on our feet.

Andre Chouraqi, the great Biblical and inter-faith scholar at that time (the 1960s), deputy Mayor of Jerusalem, and advisor to Ben Gurion – the then Prime Minister, spoke of  the Psalms in the following way:

“We were born with this book in our very bones. 150 poems; 150 steps between death and life; 150 mirrors of our rebellions and our loyalties, of our agonies and our resurrections. More than a book, it is a living being who speaks, who suffers, groans and dies, who rises again and speaks on the threshold of eternity.”

I love that description of the psalter as ‘a living being who suffers, dies and rises again and speaks on the threshold of eternity.’ As Christians we do indeed believe that is true. And that living being is Jesus Christ. The words of the Psalter find their most fitting home and their finest fulfilment in the Word made flesh. So this exploration isn’t going to be an intellectual exercise or a literary analysis. But I hope a retreat into his arms, into his heart and mind and outlook, into his warm embrace, into Him.

The Way of the Just

Psalm 1 is often entitled the Way of the Righteous or the Way of the Just. That’s how Joseph is described in the Gospel of Matthew. Joseph being ‘a man of honour’ is the way we usually hear it. But it’s Joseph being a ‘righteous man’, an ‘upright man’, or a ‘just man’. The just man is the ‘tsaddiq’. It’s the equivalent of our ‘saint.’ In the Jewish tradition it’s the highest compliment you can pay anyone. It’s someone who seeks to fulfil the law of the Lord and in whom that Law is fulfilled.

Fittingly, the very first psalm in the Psalter is a pen portrait of the just person. And that’s why, whenever I recite it, I think of St Joseph. Of course, he would have recited that psalm himself many times and probably knew it off-by-heart. Moreover, he would have taught Jesus how to recite it. In a particular way, Joseph embodies it. It was the likes of him that the psalmist pictured when he composed it. And it begins ‘Blessed is the one who walks, not according to the counsel of the wicked…’

So ‘blessed’ is the first word of the Psalter. In fact it’s surely significant that framing the whole Psalter are its first word ‘blessed’ and its last word ‘Alleluia!’. But in between them is the full gamut of emotions and struggles Joseph would have been exposed to as are we all. Joseph was someone whose whole heart’s obedience and trust rested on the word of the Lord and whose whole life was constantly re-adjusted around that word.

Let’s unpack that word ‘blessed.’ Ashrei – in Hebrew which is a word that conveys movement. ‘Ashurim’ is the word for steps in Hebrew. The Ashrei is someone in motion, on the move, making progress, moving towards the goal on which they have set their sights. Joseph of Nazareth is one such man, set in motion by God’s word. And on the move literally: from Nazareth to Bethlehem, from Bethlehem to Egypt, from Egypt back to Galilee.

Chouraqi again translates ‘ashrei’ as ‘underway’. It’s most probably the word Jesus originally used in the Beatitudes when he describes the kinds of the people moving towards the Kingdom or rather in whom the Kingdom was already underway. The blessed are those who are making progress, on the way to ultimate blessedness. There is a definite direction and orientation to their lives. They are moving God-wards.

Unlike the wicked who have ground to a halt. In the first few lines of that psalm you have that regression graphically spelt out. ‘Blessed is the man who walks, not according to the counsel of the wicked, nor lingers in the way of sinners, not sits in company of scorners.’ Sin slows us down and brings us to a standstill. The wicked are literally going nowhere.

In contrast to their cynical scorn (and I’m sure there were plenty of tutting of lips and rolling of eyes when Mary mysteriously became pregnant), the just man is painted as someone who ponders the law of the Lord. Making that his daily diet. Literally chewing the law over. The word translated here as ‘ponders’ is what an animal does when its devouring its prey, making contented noises, happy with its prize. The just man devours Torah day and night. This is Joseph isn’t it? So steeped in God’s word that it is working away deep within him – even in his sleep.

Then the just one is described as ‘like a tree planted beside the flowing waters.’ What a beautiful image of resilience in time of drought. Because it has deep roots it can find water whatever the surface conditions. Did you know the word ‘resilient’ comes from the root meaning to bounce back? It is like the tree whose roots mean it can bend in the wind but return to its original position when the wind eventually dies down.

The metaphor used here “planted” is dynamic not static.  it includes “replanted” and  “transplanted”. So the image is that of a tree which is guaranteed to flourish because its roots will always find the water it needs to thrive and bear fruit, and it has enough resilience to stand up to the wind. This tree is Joseph whose life was one of being constantly transplanted.

The same image comes up with the prophet Jeremiah. One which spells out explicitly why such a man is blessed. It’s because he dares to place his trust in the Lord. And not in himself. ‘Cursed is the man who puts his trust in man and makes flesh his strength. Blessed is the man who trusts in the Lord.’ (Jeremiah 17:5-10). Therein lies the blessedness of Joseph of Nazareth. The just person knows where to rest their whole heart’s trust. And the forging of that trust is the narrative of their life. But the furnace in which all that takes place is difficulty, disappointment, fear, and anguish. They have experienced in a particular way the joys and the agonies of which they speak. Joseph has anticipated the pattern and the progress of his son’s own paschal mystery.

So I want us in our first reflection to sit with that image of the tree in Psalm 1 and to see it as epitomising one of the particular characteristics of the Psalms of Orientation and one of the distinctive hallmarks of the just person: humility. What a grace that is: to take ourselves lightly, to be able to laugh at oneself. And in laughing to leave ourselves behind. And in leaving ourselves behind become a better instrument of God’s action – because now we won’t get in the way. It’s what made Joseph a great father. Humility made him someone through whom God could exercise leadership. It remains crucial in our leadership roles too. And why sometimes humiliation can do us a favour – if we let it.

The humble person is the grounded person. The person who has got their feet firmly on the ground. Who stands in the truth about themselves, their life and before God; unlike the proud person who is all up in the air – having notions about themselves that aren’t grounded in reality. Pride and pretence go hand in hand. As do humility and honesty. That’s why we find the humble person so attractive because they’re not trying to be someone they’re not. There’s such beauty in honesty. And such ugliness in pride. Have we ever been impressed by someone blowing their own trumpet? Thomas Merton once put it so well, ‘Pride makes us artificial. Humility makes us real.’ The humble person listens better than the arrogant.

“Once I was pondering why our Lord was so fond of this virtue of humility… It is because God is supreme Truth; and to be humble is to walk in truth, for it is a very deep truth that of ourselves we have nothing good but only misery and nothingness. Whoever does not understand this walks in falsehood. The more anyone understands it the more he pleases the supreme Truth because he is walking in truth.”
St. Teresa of Avila, The Interior Castle, VI, ch.10, no.7.

I love St Teresa of Avila’s description of humility as ‘walking in the truth’ which catches the sense of this psalm that there is a mobility at the heart of humility. There is an agility that humility makes possible. Humility means we’ll be always in motion. Moving God-wards. St Teresa was a woman of enormous energy and who travelled great distances. Here is another of her favourite phrases: ‘Now is the time to move on!’ Have you noticed how often Pope Francis uses this image of movement too? 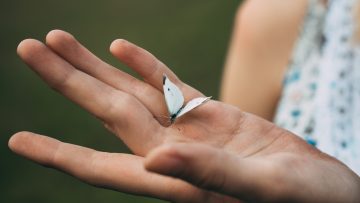 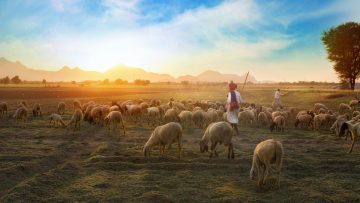 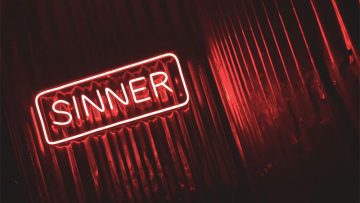 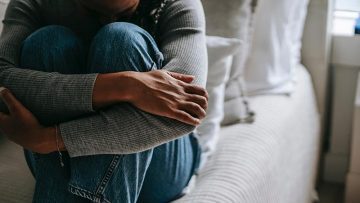