Exploring the readings from Isaiah, Romans, and Matthew for the 2nd Sunday of Advent. 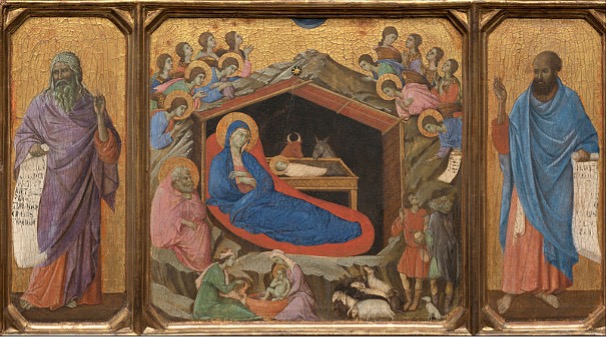  icon-home » About the Bible » Sunday Reflections » Advent and Christmas: Year A » 2nd Sunday of Advent

Isaiah’s visionary poetry leaps headlong into a cosmic picture of total divine peace.  He moves from a description of the ruler and judge to an image of a partner in the Divine-human dialogue of which the very spirit of God rests on him and he takes on divine attributes – wisdom, insight, counsel, power, knowledge – so that he is able to say: ‘the fear of the Lord is his breath’.  He can judge with integrity, equity, faithfulness so that the poor are vindicated and the wicked sentenced.  It is a stunningly beautiful picture of human society fulfilling the divine desire for justice and harmony. Nothing will surpass this until the dialogue takes on what was experienced by the early Christians as God in the man Jesus – someone who has not just been given the spirit of God but who breathes the Spirit of God as his own breath.  For Isaiah, the nearest he can come to this impossible incarnation is to boldly and sublimely paint the picture of a ruler imbued with the very spirit or breath of God.

This vision of Divine-human harmony then embraces a natural world rid of all conflict, all hurt, all harm. In words now famous – ‘the wolf lives with the lamb, the panther lies down with the kid, calf and lion cub feed together with a little boy to lead them’.  Isaiah lives in a world which reflects the desire of God for total all-embracing, inclusive peace and harmony: ‘on all my holy mountain, for the country is filled with the knowledge of the Lord as the waters swell the sea.’  He drives home the universality of the dialogue willed by God and so poignantly and magnificently described: ‘That day…. will be sought out by the nations and its home will be glorious.’  Isaiah knew a world of crime, war, horror and injustice as inhuman as our own and yet grasps the total necessity of a contrary conviction and vision.  He imagines a world transformed and unified in humankind and the whole of nature, because of the intimate dialogue with God.

Paul, now possessed by the knowledge and experience of God in Christ, puts things simply.  He bids his readers take hope that God will stay true to his word. So, he says, be tolerant (a more mundane but just as demanding an outcome of dialogue).  Then he drives to the heart of the universality and inclusive nature of the dialogue lived out now in Jesus: ‘The reason Christ became the servant of circumcised Jews was not only that God could faithfully carry out the promises made to the patriarchs, it was also to get the pagans to give glory to God for his mercy’.  Why are we Christians too often caught up in our own relationship with God that we sometimes act to exclude others?  If Christianity could speak more of an inclusive dialogue rather than of an exclusive hold on it – done in the name of the Man Jesus who taught the exact opposite – then what it has to say would command more attention.  Pope Francis tells it like that.

Then we come to Matthew and his telling of the tale of John the Baptist. If anyone came close to epitomising the notion that God was bringing things to a crisis in the attempts to dialogue with us – then it is John the Baptist. He comes as close as possible to saying the game is up, God has had enough: ‘Brood of vipers…. the axe is laid to the roots of the tree…. the chaff he will burn in a fire that will never go out’.   In Matthew’s depiction of John what is his rage directed against? It is the attempts made by the religious authorities and legalists to trap and confine the Divine. Chosen to bring the life of the Divine dialogue to all (as Paul so eloquently said above), they had captured it for their own use and confined it to a ‘pure’ section of the Jewish people.  Spokesmen had become inhuman gatekeepers. Dialogue died. John names it exactly: ‘Do not presume to say we have Abraham for our father, because I tell you, God can raise children for Abraham from these stones’. No-one is excluded.

John was a dead man then. He had named the Jewish religious leaders as corruptors of the divine dialogue.  There could be no more devastating accusation.  The Baptist can only be followed by what alone can restore the divine-human dialogue in its most radical fashion. God takes on our humanity! The dialogue becomes no longer one between two partners, divided by an unbridgeable gulf, but one expressed by a unity of the two partners in one person.  We are heirs to that unimaginable union.  By ‘we’ is meant the whole human race: every person who has ever existed and who ever will exist. Whenever obstacles to the universal quality and inclusivity of the dialogue are proclaimed, then perhaps John the Baptist needs to talk once more of axes and vipers and the need to repent. 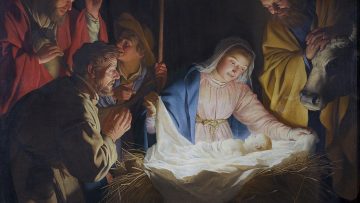 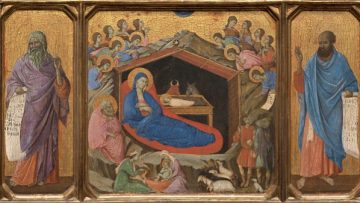