What is identity and what does it mean for us today? Bishop David Evans explores how St John the Baptist and Rene Descartes show us that it’s not all about us, but about how we behave, and who we make ourselves to be in the context of other people. 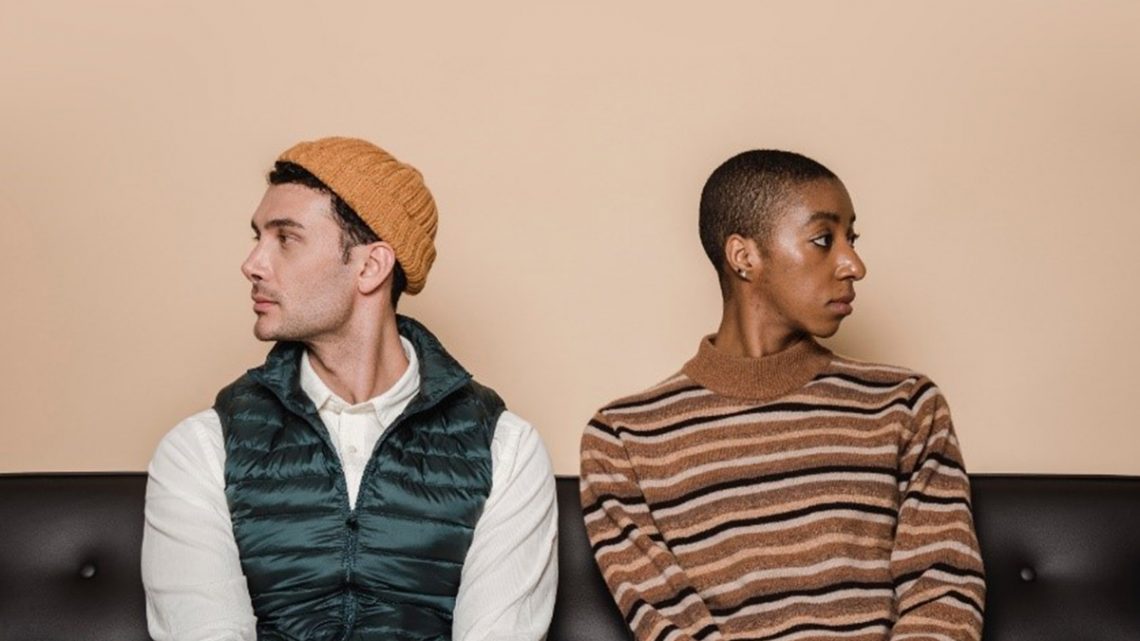 “The people were filled with expectation, and all were questioning in their hearts concerning John, whether he might be the Christ.”

John the Baptist is an interesting character. Jesus talked about him occasionally when he was prompting people to think about himself. John attracted the attention of many, who came to him at the river Jordan in order to repent, be baptised, and have their sins forgiven. John’s actions, his forthright preaching, his clothes, and his austere diet prompted that feeling of expectation and the question that was put to him – ‘Who are you?’

John answered the question in a negative and a positive way. He openly declared that he was not the Christ, and appealed to scripture for his own description of himself as ‘the voice of one crying out in the wilderness.’ His confidence and truthfulness are impressive.

John is a good example of someone who was entirely at home with who he was. He knew what account to give of himself, yet he also knew that it was not all about him. His identity was formed by self-knowledge, and by his relationships with God, with Jesus, with his contemporary religious authorities, with the crowds who came to him, and with his religious heritage, expressed in the Hebrew scriptures. He knew the tensions and kept them in balance.

The French philosopher, René Descartes, has been called ‘the father of modern philosophy’. Having deprived himself of every sure foundation for knowledge, he was able to argue, as a result of the reasoning that led him there, that he was a thinking thing. Taking into account that he was prone to error, he also argued that his imperfections implied that he was not the originator of the idea of a supreme being that he discovered among the many ideas stored in his intellect. He believed he had demonstrated that God must exist, that God had created him, and that God had put into his mind the idea of himself that Descartes had discovered there.

This was Descartes’ identity. He knew himself to be an identifiable individual, capable of thought, living in time. He believed that if he reasoned according to indisputable rules he could obtain new knowledge that would benefit humanity. He was also comforted by the fact that he was not alone in the universe, but that he had been created, and was sustained by, an infinitely good God, who would not deceive him, or allow him to be deceived, as long as he reasoned accurately; following the method of geometry, which begins from self-evident truths, and proceeds by considering only the meaning of the words that express them.

For someone who prized simplicity and clarity, Descartes gave a complex account of his identity. What he believed about himself overlaps with John the Baptist’s sense of his identity. He differs from him too. What they have in common is an underlying sense that who they are is not all about them. That ‘it is not all about us’ is true of how we behave, but also of who we make ourselves to be. We cannot be who we are by ourselves, but only by including what has been given us by others from the beginnings of our lives until now.

What do you see in this image? Is this a couple, or just old friends? Perhaps they are strangers in a waiting room?

They are looking in opposite directions. It’s tempting to interpret this negatively or to wonder what they’re looking at. Have they just had a row or are they waiting for something, or someone? Maybe they’ve been discussing their plans for the future or simply where to go for dinner tonight. As they’re not looking at each we can imagine almost anything about these two people.

Notice how strong their faces are, how still they sit. They are knowing and poised. Or is this just an act? Sometimes, when we don’t see eye to eye with another person, we literally cannot look at them. And we feel alienated in our own skin.

The wall beyond provides us and them the mental space to sort out our heads. A moment to collect one’s thoughts. Silence and time are helpful tools when emotions run high.

Our self-worth is often calibrated by other people’s opinions of us. Our identity defined by their approval. This creates a burden and a vulnerability which is hard to erase. At other times, so consumed with our own worries, we fail to see the need of help or of a hand.

I am because you are. John the Baptist and Descartes teach us this today through their relationship with God. When we know who we are and who we are not, only then can we navigate a room, a person or a crowd.

The woman on our right leans slightly in, is she waiting in hope or breaking the ice? Is the man smarting from pain or comfortable in his peace. Are we seeing what they are seeing? Feeling what they are feeling? Will they turn towards each other or continue to sit apart?

Reflect on St John the Baptist and consider how he might help you answer the question, ‘Who am I?’

Decide on and perform an action for someone else that expresses who you truly believe you are. Do this without drawing attention to yourself.

Loving God,
May following Descartes’ quest to discover the truth about himself,
also lead, as his did, to a deeper knowledge of you.
Amen.

John Cottingham, On the Meaning of Life, Routledge, 2003. 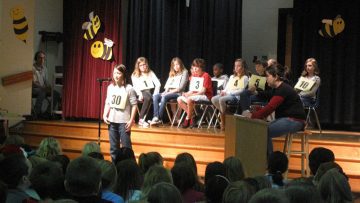 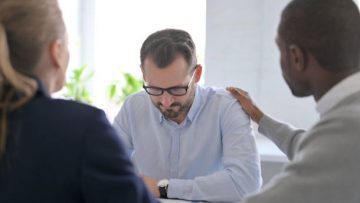 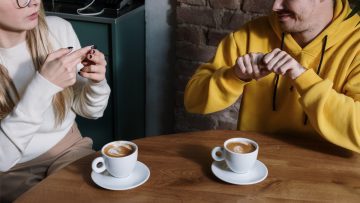 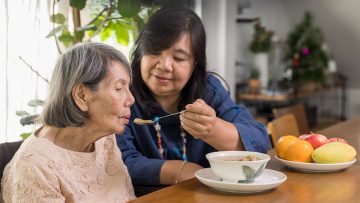