Parables of the Alternative Kingdom

David McLoughlin selects some key parables of Jesus to show how he exposes corruption at the heart of state and Temple leadership in their oppression of the poor. 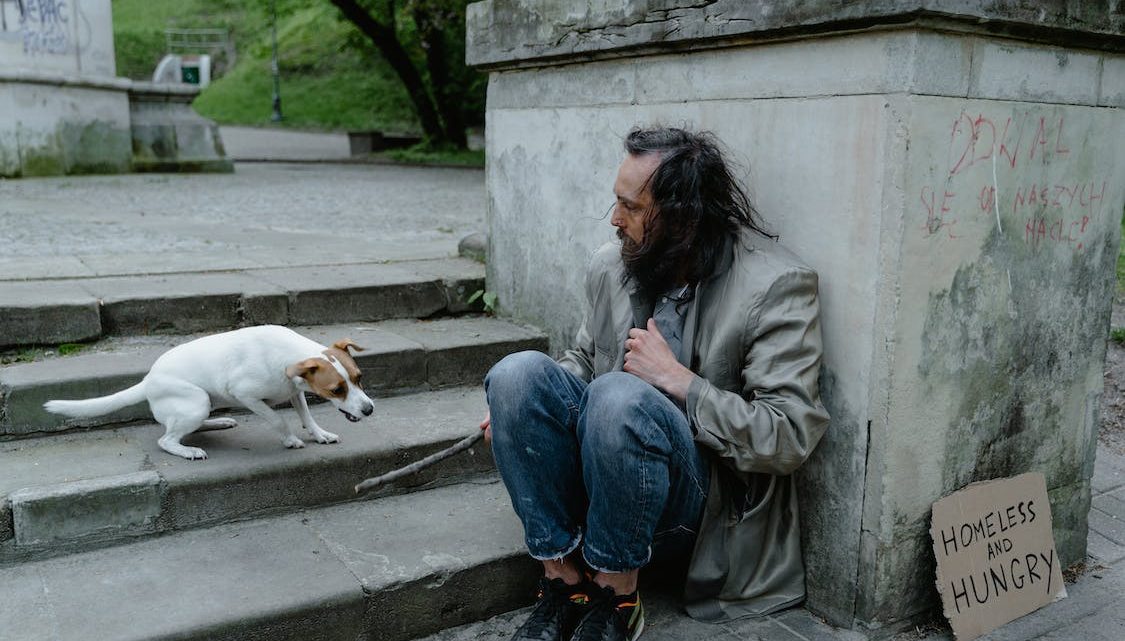 Let’s take a few of Jesus parables and read them against the backdrop in our first article.
It’s worth remembering that Jesus taught these parables to groups, crowds and communities. They were intended to provoke discussion, conversation and raise awareness of different injustices. They were the starting point of a process not the end. They got people to a possible shared “light-on” moment which could then have further consequences. If a group saw the implication of a parable then they saw their world differently and had a choice to make – whether to stay with the way things were or to step out into this new “kingdom” way of looking at things.

Here we have a representative of the powerful in the land, dressed in purple clothes, which cost a fortune and imply a royal or imperial official, whose fine cotton is imported, then as now, at great cost from Egypt. Lazarus meanwhile is described as ptokõs – destitute, corpse-like, almost carrion for the wild dogs. Although in fact it is the dogs alone who are kind to him, licking his sores which are the result of malnutrition. The difference between the two protagonists could not be greater and to underline this, Jesus emphasises the great gate that keeps Lazarus excluded (whose name ironically means “God helps”). If only the gate had been open – then everything would have been different. The rich man dies and is buried with honour.

Up to now we have the “Great Tradition’s” view of the order of things. But Jesus continues the story and the order unravels. Now in paradise, like a privileged dinner guest, Lazarus reclines on the breast of Father Abraham and Dives is in torment in Hades; not Hell but the place where you await the resurrection and learn the lessons you should have done in life. But what has Dives learnt? He asks Abraham to command Lazarus to bring him water but Abraham reminds him of his life and that this is the consequence. There is a play here between the gate Dives could have opened at any time to have comforted Lazarus and the great gulf which now separates them. Next Dives asks Abraham to send Lazarus to his brothers so they can avoid his fate. Abraham points out that they already have all they need in the teaching of Moses. Again, notice how Dives speaks of Lazarus – as an insignificant slave. He has learnt nothing. And then that extraordinary ironic sentence “If someone goes to them from the dead they will repent.” And Abraham’s retort is that if they have ignored Moses and the prophets, who spoke God’s word, why would they listen to one who is resurrected?

Throughout this parable, Abraham seeks Dives recognition of Lazarus as an equal child of God. The language he uses of Dives is teknon/child and Dives indeed calls Abraham pater/father but he remains within his own class and family consciousness. He only cares about his brothers. He cannot see Lazarus as a child of Abraham and therefore as his brother, which is the teaching of the Torah. The land is for all, its produce must not be hoarded but shared, so that even the widow, the stranger and the orphan have enough (Leviticus 25; Deuteronomy 15:1-18). In telling this story Jesus places himself squarely in the prophetic tradition of Isaiah 1:16-17,5:7; Jeremiah 5:23-29; 21:11-14; Amos 2:6-11; 5:10-24 and Micah 3:1-3, 9-12 condemning the exploitation of earlier generations of Kings and oppressive royal officials. It also reveals how class and family interests within the new economy have undermined the sense of solidarity of the people.

The parable gives the people a way of interpreting the two-tiered society of the time with Herod and the elite landowners in Galilee and the aristocratic Priesthood in Jerusalem and Judaea. That such a great divide could have opened up between the rich and the poor is the direct result of serious interest on loans, of high taxation and their consequences. The parables open up the reality, but they also provoke thought – what could make a difference? In the parable of Dives and Lazarus Jesus allows Abraham to be the teacher. What is required is the re-establishment of a sense of mutuality, of fundamental relationship or kinship. Without this it is possible for the rich to continue to exploit the poor, seizing land and building great estates through the manipulation of debt (the Roman imperial policy). The shared space that they all once inhabited as Israel, the people of God, has been undermined. But not only undermined, reinterpreted. The poor are to believe this is God’s will and indeed blessing.

Jesus tells the story to unravel the situation – the destitute on the street become the honoured guests at the heavenly banquet. How is this possible? Either something is wrong here or something is wrong in the afterlife. The story is strange since it includes the ordinary everyday world, a beggar at the door, with the world of the elite super-rich who are not part of the everyday – but in telling this story Jesus’ listeners begin to see the relationship between the stellar wealth of the minority super-rich and the growing poverty of the masses. And they have an insight into what might change things – a rediscovery and re-embracing of the vision of kinship and hospitality of Moses and the prophets. It is particularly fitting that Jesus should have used Abraham, who the elite had used as the symbol of their class and its ethnic purity, and, who in a certain sense legitimated their rule (Luke 3:7-9). But in Jesus’ story, Abraham is now the one who restores true kinship and hospitality to the destitute in Luke13:28-29.

Let’s take another example.
Workers in the Vineyard: Solidarity Lost and Oppression revealed in Matthew 20:1-16.

Here we have day labourers: some of whom would have been smallholders trying to implement their subsistence living; some landless and destitute without the support of extended family or local community; some would be wandering and so strangers to the locals – so here we have differing working groups vying with each other for limited work. Any sense of solidarity and identity has long gone. Normally it would be a steward hiring them, as the landowners tended to live in the new cities and had little to do with the day to day running of the estate, but Jesus deliberately includes the owner here, to again make the link between those at the top of society and those at the base. The normally invisible elite are here made present and, as such, accountable.

They are harvesting grapes and the harvest is a bumper one, the owner must harvest at the optimum moment for the fruit and so goes back again and again to the marketplace until he has enough labour to bring in the harvest. The owner offers the first group a denarius, a reasonable amount, but not generous, for a day’s work – enough to keep a small family fed and housed. When he comes back, he just tells the next group to go to work and he’ll give them what is right. There is no negotiation. The next are told to go without any reference to pay, similarly the last group for just one hour – throughout this process the landowner has total control.

The owner tells his steward to pay them in reverse but orders him to give them all a denarius rather than a proportion of the daily wage equivalent to their hours. The owner is playing with their dependency on him, it is a gesture of contempt, an insult implying those who have worked all day are no more valuable than those who have worked for an hour. So shaming is the insult that the workers protest, if they don’t protest then the value of their work in the marketplace is undermined and implicitly, they are accepting his right to pay less the next time. And rumours will spread to other potential employers.

Note the owner does not address the group, he makes an example of one labourer, “I do you no wrong, did you not agree with me for a denarius?” As though there has been a mutually agreed contract. Then he expels the labourer – “Take what is yours and go”. He is sacked, he will not be hired again. The seemingly generous boss is revealed as something quite different, cynical and manipulative.

He then turns to the group and gives his justification: “I choose to give to this last what I give to you first lot”. The money is now his gift, no longer a wage earned. He says their complaint is evil in response to his goodness (literally “is your eye evil because I am good?”). He speaks as though the land is his and he controls its fruit and profit, but the Torah teaches the land is God’s and God alone distributes it to the people of the land. The Torah demands re-distribution in times of need and condemns hoarding for profit. Even the denarius he so generously gives is a subsistence wage. Jesus’ story takes his Listeners into the heart of the covenant and its liberation. It heightens the perversion of the covenant by the powerful rich but it also shows up the lack of solidarity among the poor themselves – the rich man can isolate one worker and silence their initial protest. The debate after this parable must have gone on a long time!

Note again what Jesus is doing in these parables. he is drawing on the experience of the people, provoking them to see their world clearly but from a renewed perspective, “the kingdom of God” and inviting them to become subjects of their own history. He empowers the exploited and oppressed to re-claim their history, to see it anew, and to participate in creating it. There is a danger when we read these texts in church that we spiritualise them and tend to take away a personal message – what do they mean for me? Then we miss their call to renew our collective vision of a creation under God where all are of equal worth and where the distribution of the goods of the earth, and the sharing of them, and solidarity in service, are at the centre of our collective concern rather than accumulation for profit and personal security. Above all these are texts to provoke collective reflection, discussion and debate, starting from the conflicted reality we find ourselves in.

It is always dangerous when such texts become the texts of an elite – the ordained, bishops, theologians, et al, because then they can too easily be co-opted into other Great Traditions which often have little to say to the reality in which the mass of the people find themselves. It is always a risk when the community of the kingdom of God finds common cause with a political plan – as in the Big Society or a trickle-down economy.

As the old saying goes: When you sup with the devil you need a long spoon. 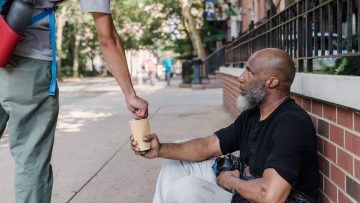 Judas, the Common Purse and the Poor 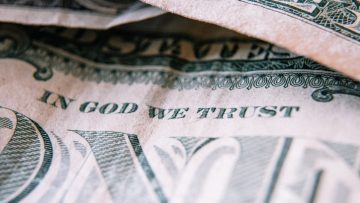 The Margins to the Centre: the Poor and Jesus